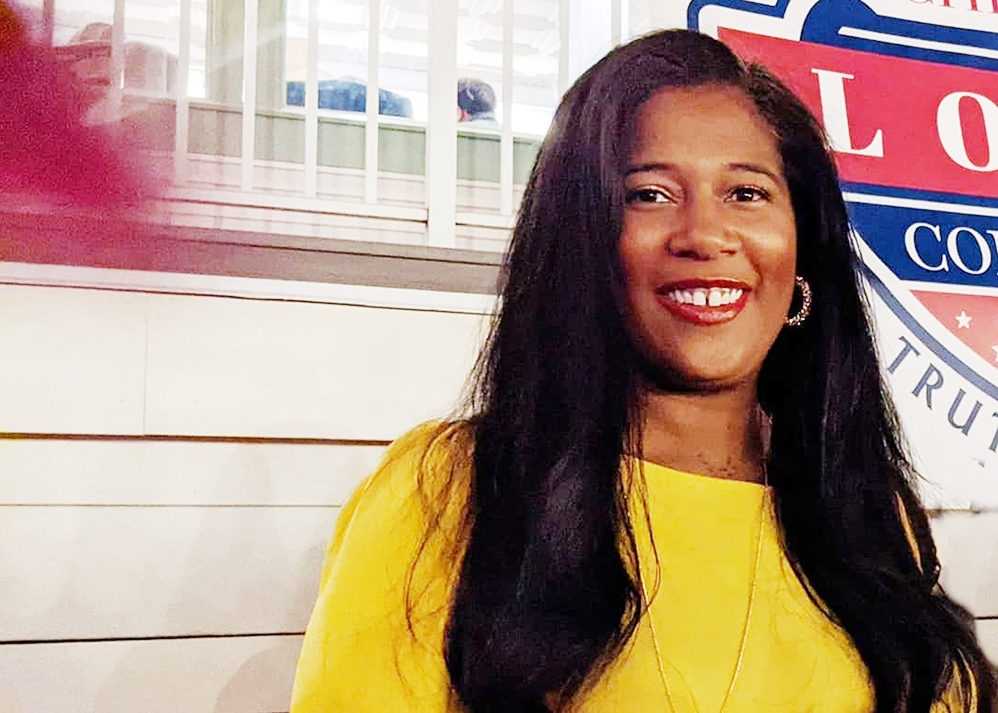 Kristina Karamo, Michigan’s Republican nominee for secretary of state, allegedly tried to crash a car with her husband and two children in it when he asked for a divorce, he claimed in Oakland County family court documents discovered by Jezebel. She denies the allegations.

The news site writes that Karamo’s ex-husband, Adom Karamo, claimed that the Trump-backed candidate threatened multiple times to kill herself or their daughters, now 13 and 14. The allegations were in 2021 motions seeking additional parenting time with the daughters after the marriage ended.

Adom also alleged in one incident that he was driving the whole family and Karamo “attempted to wrestle control of the vehicle” from him and “crash it.” He claimed that she said in the moment, “Fuck it, I’ll kill us all.”

He also alleged that she was committed to a healthcare facility for a mental health evaluation, Jezebel reports. Adom, who lives in Florida, says in a court filing that the car incident happened several years ago, and he didn’t believe Karamo was in that shaky state of mind any longer, Jezebel reports.

Karamo, her campaign, and the Michigan Republican Party did not respond to multiple requests for comment, from Jezebel. Her attorney tells the the New York-based publication: “I will not discuss anything with you.”

But Fox 2 reports that she denies the allegations, saying her husband made the false statements to exploit her.

"Media entities and my opponents are desperate so they want to push false allegations with ZERO evidence," she said in a statement. They are terrified of this movement uniting Michiganders of diverse beliefs and backgrounds that will save this state!

"I love my children; I have forgiven my ex-husband, and  I look forward to serving the citizens of Michigan."

In a court filing, Karamo’s attorney last October denied the candidate threatened to kill herself or their daughters. It noted that since the divorce Adom has left the daughters in his wife's care without objection, and his judgment would have been questioned had he thought their safety was at risk.