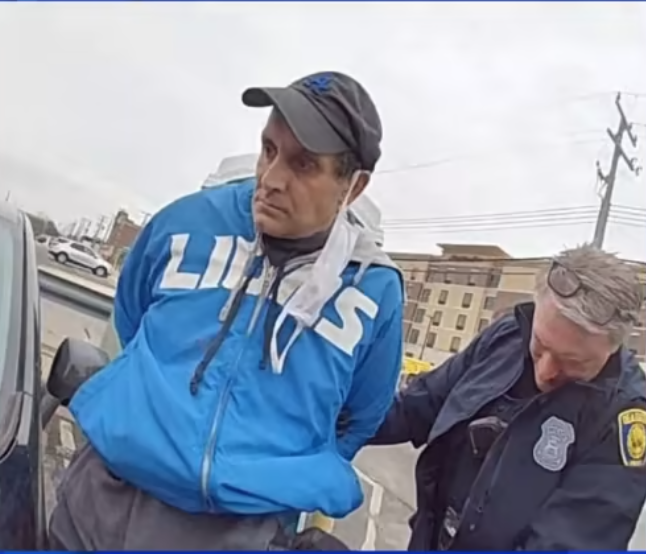 Charles Woolery may be better known for where he was caught hiding rather than what he did.

The 52-year-old Inkster man robbed the Dearborn Federal Savings Bank at 14615 Ford Road on the afternoon of March 2, then got caught hiding in a Port-a-John. He pleaded guilty Monday.

Authorities charged that Woolery entered the bank wearing a black facemask and a Detroit Lions hoodie, handed a teller a note and gestured to his hip as if he had a weapon.

The  note demanded the teller “smile” and put money in a bag or Woolery would “kill everyone.” Fearing for her safety, the teller put $1,690 in a black bag and handed it to Woolery, who fled on foot.

He was later arrested by Dearborn police officers hiding in a Port-a-John in the parking lot of the Hampton Inn on Michigan Avenue near the bank.  Police recovered the money.

“This case shows that violent criminals can run, but they can’t hide no matter where they may go,”  said U.S. Attorney Dawn Ison in a statement.