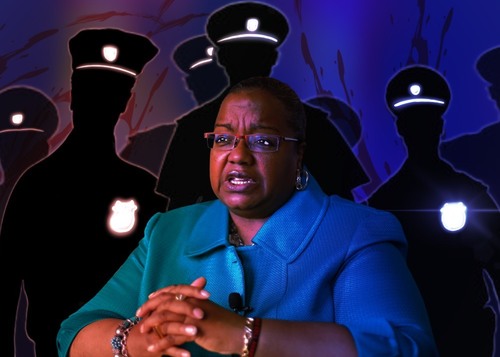 Claiming he’d followed an informant’s tip to see Chancellor make several sales in 2011, Geelhood and fellow narcotics officers raided the home and fingered Chancellor for several hundred grams of cocaine found in his sister's room. A judge took the officer's word and sentenced Chancellor to 14 years in prison at a bench trial.

Eight years later, Wayne County prosecutors determined Chancellor should have never gone to jail. Geelhood, they said, had fraudulently obtained the search warrant, describing a drug dealer who was 70 pounds lighter than Chancellor, and providing no evidence the informant existed or that Chancellor lived at the home. What’s more, Geelhood and his colleagues had since come under investigation for falsifying search warrants and falsely accusing people of selling drugs.

But despite his damaged credibility, the now-sergeant is still able to make arrests and testify in court. And he’s not alone. An unknown number of Detroit police officers with histories of lying are able to take the stand in criminal prosecutions with no guarantee their past transgressions will be disclosed, a Deadline Detroit investigation has found.

Under federal law, prosecutors are required to identify and reveal when an officer’s honesty has been called into question to ensure criminal defendants get a fair trial, in what’s known as the Brady-Giglio standard. But defense attorneys say that often doesn’t happen in Detroit, where Wayne County Prosecutor Kym Worthy’s list of compromised officers appears woefully incomplete, in part because it puts the onus on police departments to point out bad actors.

Deadline Detroit identified more than a dozen Detroit officers with credibility issues who are not on the list. Some were found to have lied in internal investigations or were accused of doing so by judges in cases where criminal charges were dropped or convictions overturned.

Worthy’s office said it knows its list is incomplete and is working to compile a more thorough one. But it did not respond when asked if it was changing its approach to capture officers like those identified by Deadline Detroit, and expressed reluctance to add officers whose internal findings of lying were not upheld. The department has long struggled to sanction problem cops, reducing or dismissing about three-quarters of internal penalties at appeal hearings, an April Deadline Detroit investigation found.

Leaders of the unions representing the officers did not respond to requests for comment.

Worthy began publicly releasing a Brady-Giglio list in 2020, in the midst of a re-election battle against a more progressive opponent. The list of 35 officers includes 28 from the Detroit Police Department, the overwhelming majority of whom are no longer on the force due to felony convictions.

It's common for such lists to have holes, if they’re kept at all. Most of the nation’s prosecutors don’t track officer credibility issues with Brady-Giglio lists, a 2019 USA Today investigation found. Even with its flaws, Wayne County’s approach to doing so is likely the most comprehensive in the state, according to an official with the Michigan Commission on Law Enforcement Standards.

Under its protocol, the prosecutor's office says it asks police departments in its jurisdiction to “disclose information that qualifies under the Giglio-Brady criteria,” then reviews the officers for possible addition to the list. Though officers are on the list for issues including making false statements, fraudulent activity, and dishonesty, the categories are not exhaustive. It's unclear whether Worthy’s office asks departments to meet specific criteria, such as revealing all officers who’ve been untruthful or willfully made a false statement.

Detroit says its policy is to provide prosecutors with any exculpatory evidence or material “that would have a reasonable probability of altering” a trial or sentence, or be “relevant to the credibility” of an officer. Compliance, however, isn’t verified, as the prosecutor’s office lacks direct access to police misconduct records.

When we asked the Detroit Police Department whether it follows its policy, a spokesperson said we would have to file a Freedom of Information Act request to learn more. The act is used to obtain records, not responses to basic questions. The department also declined an interview request.

“Giving police departments that gatekeeper power is pretty alarming when we know for a fact police are capable of violating people's rights, lying about it and concealing that information,” said Anjelica Hendricks, a postdoctoral research fellow at the University of Pennsylvania’s law school who has studied such lists nationwide.

In 2018, then-Detroit Police Chief James Craig instituted a policy that promised the removal of liars, citing his frustration over criminal cases that were dropped when officer credibility issues came to light. Since then, however, there’s been an apparent reluctance to brand officers as untruthful, with a pivot in some cases to a lesser charge of neglect of duty, even when evidence suggests a lie occured.

Elliot Spector, a former officer and attorney in Connecticut who represents police and municipalities, says departments should avoid coming down hard on officers who may have credibility issues of little consequence — for example, those who might lie on a run sheet to take a longer lunch break.

“They may want to hold onto some officers who may have said something untruthful,” he said. “It doesn’t really serve the interests of the community to overly punish someone who’s been saving lives for … years and in one context says something untruthful.

“If every career had that test of truthfulness, how many people out there would be working?”

Even in cases where it seems the prosecutor’s office could act without the department, like Geelhood’s, it does not appear to do so. Former Detroit police Sgt. Ernie Wilson, who was involved in a 2001 case that led to a wrongful double homicide conviction, was never put on the list. The victim, Mubarez Ahmed, was exonerated in 2018 and last year won a $10 million city payout after accusing Wilson of fabricating evidence and lying in the case.

Nor does Worthy's office seem to add potential liars brought to its attention. When Danielle Cadoret — the defense attorney handling the shooting case in which Officers Vela and Roe appeared to conceal evidence — asked in a 2020 email whether they would be added to the Brady list, the office said only that it would look into it.

While prosecutors are tasked with delivering justice rather than simply facilitating convictions, some defense and civil rights attorneys say they’re compromised by their need to maintain a working relationship with police.

Others have a less generous read.

“They care more about winning than they do about justice,” said attorney Lillian Diallo, who is defending a client arrested by Bush and says Worthy’s office failed to disclose he allegedly hid details of a deadly chase. “They are duty-bound under the constitution to address (dishonesty), but because they’re not addressing it, that’s how these atrocities are able to keep going.”

“That could not be further from the truth,” Worthy responded.

Cop who lied went on to testify

That, however, did not happen in a 2017 criminal case that pitted the word of now-notorious Sgt. Stephen Kue against a man he shot and injured.

Kue claimed Mark Gaddis, then a 33-year-old autoworker, pointed a gun at him after a foot chase, causing him to shoot. That version of events was supported by another officer and a gun found at the scene.

Gaddis, however, claimed he was unarmed. No civilian witnesses saw him with a weapon, and one neighbor testified he was running with his arms free and clear just before Kue shot him. His lawyers allege the gun — which a state crime lab technician found free of DNA — was planted by police. A jury acquitted him of all charges.

Though the case hinged on officer credibility, prosecutors did not disclose Kue’s track record of dishonesty, even though they were aware of it. Sarah DeYoung, who handled the case for Worthy’s office and is now in a supervisory role, was also involved in the 2015 case in which Kue lied about shooting a dog, according to the department’s internal investigation.

“Not only did they not give over Giglio-Brady material, they actively concealed (it),” said Gaddis’ attorney, Allison Kriger. “There were so many steps along the way where they had the opportunity to disclose this and they chose not to. They even actively fought me on it.”

The prosecutor’s office said it was not aware at the time of Gaddis’ trial that Detroit police were examining Kue for lying about shooting the dog. The initial finding of untruthfulness was eventually dismissed by a department commander, who determined the case took too long to adjudicate. 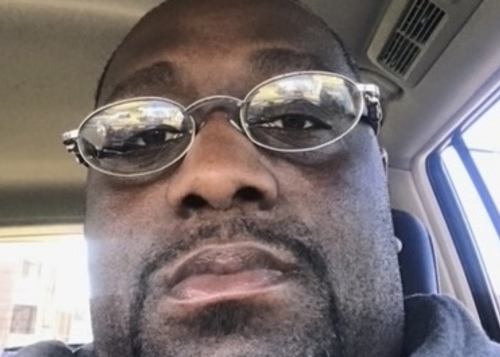 In the eight years Darell Chancellor spent behind bars, he missed numerous milestones in his young son’s life — first steps, words, days of school. Today, he and Darell Chancellor Jr.’s relationship is a work in progress. The two see each other on weekends.

“He’s just getting to know me,” he said. “I gotta get him to trust me and just let him know I’m his father.”

The officer who changed the course of his life, meanwhile, maintains the support of his department. Detroit police officials have said an internal investigation into whether Sgt. Geelhood fraudulently obtained the 2011 search warrant was inconclusive, though an investigator close to the case said in court testimony that Geelhood was initially found untruthful.

In more than 20 years with the department, Geelhood has been a lawsuit magnet, prompting 10 accusations of civil rights abuses. At least one case bears distinct echoes of Chancellor’s, accusing the sergeant of using a nonexistent informant to gain permission for a drug raid. Geelhood said the informant died, but was unable to show he’d previously used him.

So far, the city has paid nearly $1 million in settlements for cases involving the sergeant. And with Chancellor now suing over the years Geelhood put him in prison, the price tag could soon climb.

►Become a Deadline Detroit member or give a one-time donation to help support local journalism.