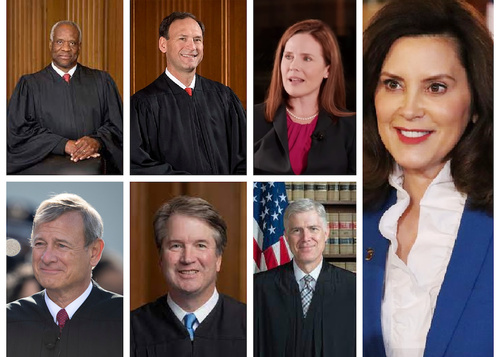 With Friday’s ruling against a constitutional right to abortion, the United States Supreme Court officially exposed itself as an American Taliban dominated by religious fundamentalists determined to inflict upon everyone else their particular, punitive rules of God.

The coming backlash to this historically wrongheaded decision prompts progressives like liberal Michigan Gov. Gretchen Whitmer to predict increased voter motivation for her Democratic side in the November mid-term elections and she just might be right.

Because Roe v. Wade was struck down by Friday's 5-4 decision, Whitmer seeks either abortion validation from the state Supreme Court as soon as possible or voter approval of a state constitutional amendment possibly on the ballot in November.

She’d settle for both. Until then, for the first time since 1973, it’s touch-and-go in Michigan for a woman’s right to choose. Although Whitmer didn’t use the specific word, the voter motivation could come from fear.

“It’s a very scary time,” she said on MSNBC. “One of the scariest things is this 1931 law isn’t extreme enough for some of the people in the Legislature. Right now, they’re introducing bills to criminalize nurses and put them in prison for 10 years.”

On Twitter, Whitmer says: "I promise that I will fight like hell to protect every Michigander’s right to make decisions about their own bodies."

Reverting to the 1931 law would make abortion illegal even in cases of rape and incest. Attorney General Dan Nessel has said she would not enforce it, but Prosecutor Peter Lucido has threatened to use it to charge providers in Macomb County. He’s Republican and so is his county.

Whitmer referred to the five remaining Republicans running against her re-election:

“Every Republican running for governor has endorsed this 1931 law,” Whitmer said, adding that 70 per cent of Michigan citizens support a woman’s right to choose abortion. “That’s the reason why this moment is so scary and stark and why this upcoming election is going to be so crucial.”

Asked whether the Court ruling would galvanize the voters, Whitmer replied: “I do think you’re going to see a whole new level of engagement. And I want every pro-choice person -- whether you are Democrat, Independent or Republican – to know you’ve got a space at my table. You need to join this fight.”

The historic decision shows the reactionary power of Neil Gorsuch, Brett Kavanaugh and Amy Coney Barrett, a rump caucus packed onto the court by Donald Trump.

But the most sinister member of this nine-person bench remains Clarence Thomas, who arrived in 1991 under President George H.W. Bush.

We all remember Thomas’s Senate hearings and how – after Anita Hill accused him of being a sex creep – he turned it around, played the race card and said he was the victim of a “high-tech lynching” even though the woman accusing him also was Black.

Remember in 2014 when Representative Bennie Thompson of Mississippi --- now running the January 6 committee – called Thomas an “Uncle Tom” because so many of his views go against Black voters? When asked to apologize, Thompson declined and said he had the right to say so because “I’m Black.”

Why bring up this stuff?

Because Thomas is a slippery character who opined something dangerous in his concurring opinion Friday and its logical extension is his own racial marriage.

He said his extremist logic in the Roe v. Wade reversal might also be used to overturn other established rights including access to contraception and legality gay marriage.

In The New York Times, Professor Lawrence O. Gostin of Georgetown Law School said it would be a mistake to think Thomas “a lone wolf” and that “other rights may well come crumbling after” Roe, now that it has been reversed under such a reactionary court so thoroughly packed by Trump.

Because if the Court overturned that one, Thomas would have to divorce his wife, Ginni Thomas, a white woman who violates norms and boundaries in Washington not with her modern marriage but by directly lobbying various branches of government on behalf of extremist, radical, right-wing causes. 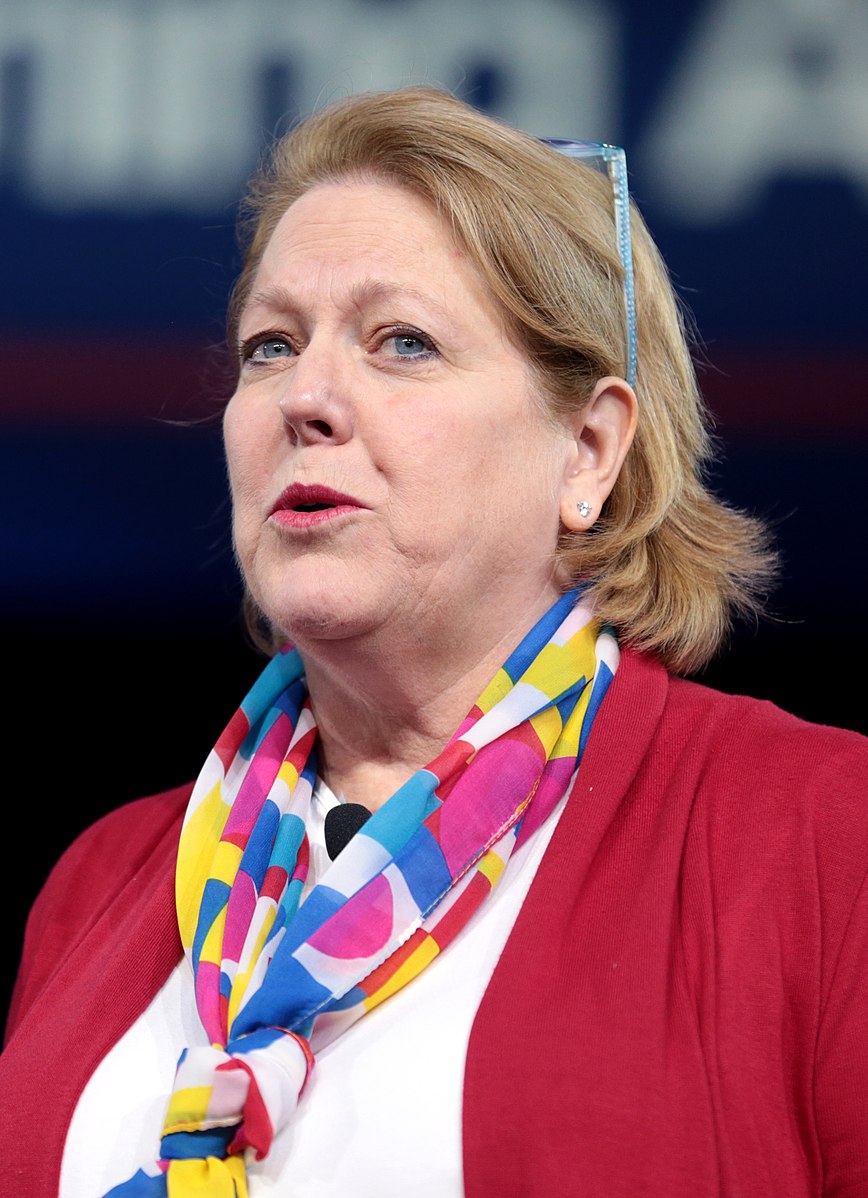 People like Ginni and Clarence Thomas represent what you might call a reactionary “deep state” that has polluted Washington’s political culture. They are the poster couple for what must change at the national level and, closer to home, in states like Michigan. Here’s how it could happen here.

Remember the election of 2018, when the Michigan ballot included an initiative to legalize marijuana? The effort increased voter turnout and passed.

An added benefit for Democrats was that marijuana had coat tails. By bringing out the liberal vote, marijuana advocates helped elect Whitmer, Nessel and Secretary of State Jocelyn Benson.

Like the marijuana question, the abortion question on the ballot this year would drive up the turnout of women, progressives, liberals and Democrats.

In addition to re-electing the three women named above, it could help the Blue team down-ballot, especially now that districts are not gerrymandered in quite the biased way they used to be by Republican manipulation.

But getting the abortion question on the Michigan ballot is not necessarily a sure thing. Proponents need 425,059 signatures on petitions by July 11. Republican gubernatorial candidates have demonstrated this year that even such a simple exercise can be corrupted.

And if Michigan – and other states – can get out the votes for the Blue team this November, the next Congress in Washington might take action by, for instance, impeaching Clarence Thomas.

If not – if Democrats can increase their hold on the Senate and the House – supporters of the right to choose could urge President Joe Biden to expand the Supreme Court from nine chairs to 15, fill them with progressives to protect abortion and legislate that number as permanent.

Wishful thinking? Perhaps. But, as Whitmer put it, “This is a precarious moment.”

► Support our reporting and commentary by becoming a Deadline Detroit member for as little as $3 per month.