A group of Macomb County Democrats calls on Prosecutor Pete Lucido to dismiss criminal charges against protesters who were arrested in Shelby Township in October while holding a demonstration against racism.

The group, now known as the “Shelby 5,” faces felony charges for their role in a peaceful anti-racism protest that disrupted traffic on 23 Mile Road and Van Dyke. "It's time to move on," the North Macomb Democratic Club says in a letter delivered to Lucido, a Republican, on Wednesday.

He's also being asked to investigate whether the arrests of Detroit Will Breathe protesters involved police brutality and injuries. The prosecutor’s office declined to comment.

The rally was one of many last year sparked by racist remarks online by Shelby Police Chief Robert Shelide. Despite public calls for his ouster, the township board voted to suspend Shelide for 30 days and he resumed work  in late July.

Supporters of the Shelby 5 say that officers in riot gear and carrying shields roughed up some of the protesters, pushing them face-down onto the pavement while handcuffing them.

The five are charged with offenses that include assaulting, resisting and/or obstructing a police officer, and disturbing the peace. The prosecutor’s office has shown no willingness to drop the pending charges, instead pushing toward a trial. 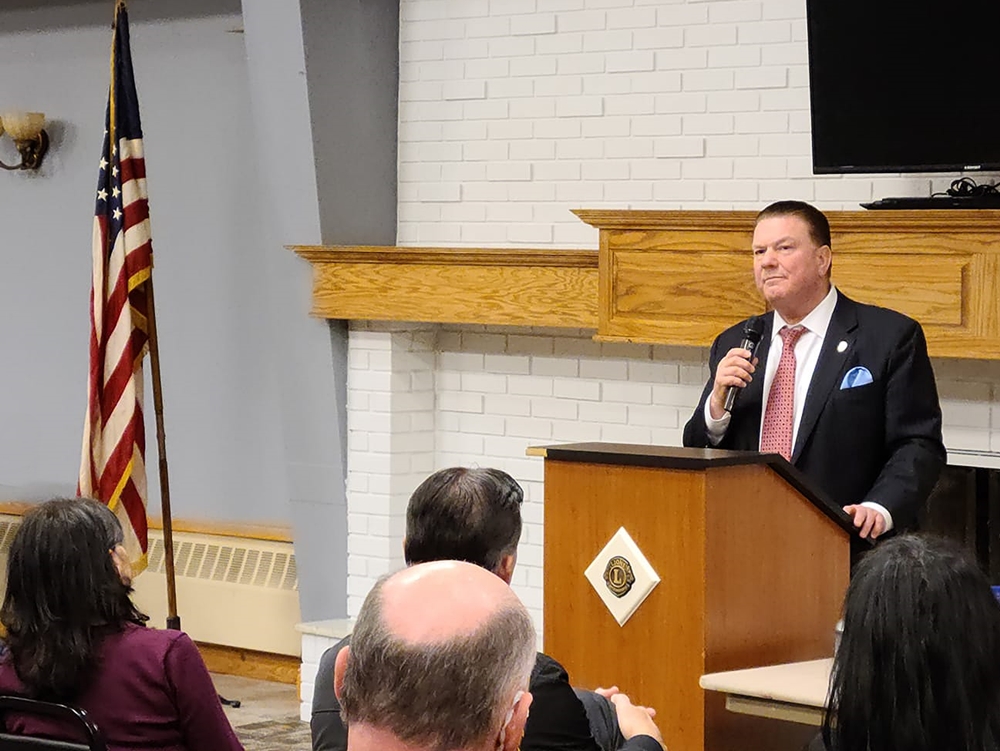 Their cases in 41A District Court in Shelby Township were adjourned in February after an assistant prosecutor told defense attorneys he'll provide more video evidence of the confrontation from a police perspective.

The five protesters are James Deininger of Sterling Heights, David Mitchell of Detroit, Jessica Nadeau of Minnesota, Samantha Phillips of White Lake Township and Tristan Taylor of Detroit. They range from 21 to 37 years old and were released on bond shortly after the incident.

Backers drafted a resolution that goes beyond closing the cases, demanding an investigation of the “extent of the police brutality” that occurred.

“Dozens of videos and eyewitness accounts have detailed the police brutality on demonstrators during the peaceful rally in Shelby Township,” according to the resolution. “Macomb County Prosecutor Peter Lucido, or his designee, must conduct a full, fair, and independent investigation into the conduct of the Shelby Township police officers who were present.”

North Macomb Democratic Club membership unanimously approved the resolution. A copy was presented to the township board Tuesday meeting accompanied the letter delivered to Lucido.

Police said after the arrests that the Oct. 24 rally, organized by a group called Detroit Will Breathe, started in a parking lot at the 23 Mile-Van Dyke intersection and spilled into the streets. Officials said the officers moved in after orders that the group move to the sidewalk were ignored. One estimate indicated that about 100 people participated.

Henry Yanez, chair of the Democratic club and a Sterling Heights councilman, sought a diplomatic tone in the letter he drafted to Lucido.

“It’s sad and unsettling that Macomb County has such a poor reputation statewide in the matter of race and we are stereotyped in the most unfortunate way. There are many who will tell you that we are a ‘racist county.’  This needs to change,” Yanez wrote.

“The (police) chief has apologized and was disciplined. Those who protested got [to exercise] their First Amendment rights. It’s time to move on from this event and heal the wounds of a divided community.”